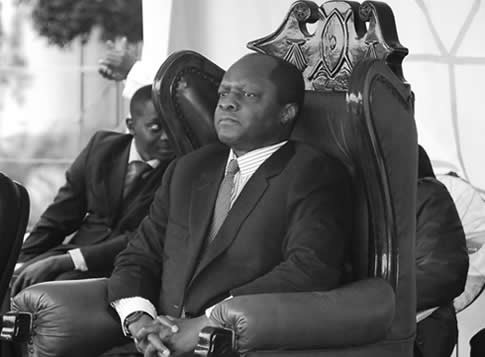 The Kabaka of Buganda Ronald Muwenda Mutebi II has sent a special condolence message to the ORTHOX Church in Uganda and the entire Buganda Kingdom for the loss of His Grace Archbishop Yona Lwanga.

Lwanga died in Athens, which is the Capital of Greece where he was reportedly being treated for Cancer. His death comes five months after the death of Kampala Catholic Archbishop Cyprian Lwanga who was found dead in his house in Kampala.

The Archbishop Yona Lwanga, will be remembered for his love for the Kingdom and Mamba Clan, support to the poor, a voice for the voiceless and an advisor according to Kabaka Mutebi.

The Kabaka’s message has been delivered by the Charles Peter Mayiga the Katikiro of Buganda at a media briefing held in Bulange Mengo this morning.