How much will Ugandans earn from $20b oil projects money? 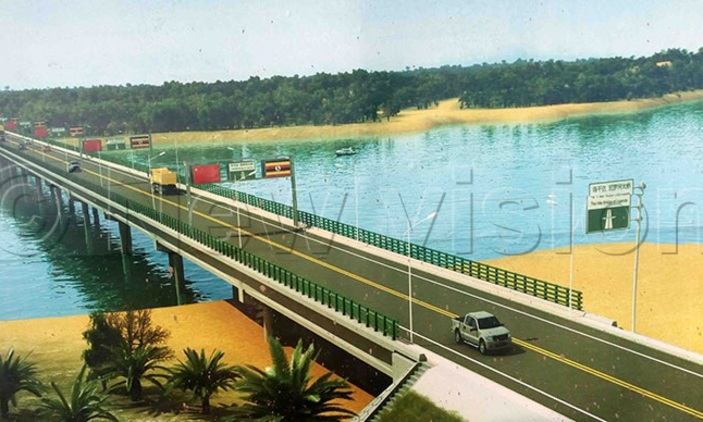 OIL AND GAS
Patrick Mugisa (not real names) leaves home before 5:00 am to catch a bus from Hoima town to Nyamasoga village in Kabaale parish every day. The bus, belonging to the company building Uganda’s second international airport in Hoima, sets off at 6:10 am and arrives at the construction site within 40 minutes.

Mugisa is part of the local casual labour force that company ferries from Hoima to the project site daily. The bus delivers the workers to Hoima town after work at 7:30pm. Mugisa operates an excavator in the quarrying site, earning about sh400, 000 monthly.

There are nearly 1, 000 Ugandans working on the project, most of them in low-grade jobs such as drivers, foremen, surveyors, mechanics and lab technicians. The highest positions held by Ugandans on the projects are sanitation, administrative, environmental officers, according to our investigation.

“You can see we work for more than 12 hours and that is what we earn. And that money includes lunch and accommodation in Hoima town,” a worker said.

The money is expected to be spent on development of wells for oil production, infield pipelines, central processing facilities, water abstraction and injection plants, the refinery and Uganda-Tanzania pipeline. Part of that money is already being spent on building ten oil roads and Hoima International Airport.

The energy ministry officials have severally said that if only 40% of the oil projects money could be retained in the economy, the country would not remain the same. Their assessment is based on the estimated 28% of the money which is said to have been earned by Ugandan suppliers of goods and services during the first exploration round. The oil companies said they spent over $3b during that phase.

Although the oil roads and the airport are not regarded as petroleum upstream projects and are not covered by the local content regulations, the money being spent on the two projects is part of the estimated $20b that would be expended by Uganda government and oil companies during the development phase of the petroleum industry.

Does the number of Ugandans employed on the airport project and the positions they hold represent an idea of what would happen on future oil projects?

The chairman of the chamber of mines and petroleum, Elly Karuhanga, said Uganda could even surpass the 40% mark. “The delay in starting production may even be a blessing. We have ample time to train and skill Ugandans. It may be 40% or above, but it will not be below what it was previously,” he added.

However, Karuhanga observed that having a large local labour force on a project does not translate into increased local content benefits. This reflects the picture at the airport project.

“You can have 80% Ugandans and 20% foreigners on the project. But the 20% may be taking 80% of the salaries. It is important to skill people so they compete for good jobs,” he noted.

While construction materials like sand, gravel and stones are items Ugandans can ably supply to the oil and gas construction projects, the companies building the airport and oil roads are crushing the rocks and supplying to themselves the construction aggregate.

Yet under the 2016 local content regulations for the oil and gas industry, the supply of materials like stones is ring-fenced for Ugandans. SBC Uganda, a consortium comprising SBI International from Switzerland and Colas Limited from UK, is building the airport. Several Chinese companies are building the roads.

The Ugandan subcontractors who need aggregate to undertake the tasks assigned to them, especially on oil roads being built by the Chinese companies, have to buy it (aggregate) from the main contractors for $14 per ton.

But the decision by the multinationals to engage in stone crushing business and hire subcontractors from the countries where they are domiciled, however, is partly informed by the limited capacity of Ugandan firms and the conditions of the lenders of the money used to execute the projects.

The main contractors are also reluctant to subcontract the rock crushing activities to the Ugandan firms because it is one of the lucrative components of the contracts and it provides opportunities for inflating the projects’ costs, according to sources.

The airport and the roads are being constructed to facilitate movement of equipment needed for the development phase of the industry. Since oil is capital intensive industry which is not expected to employ many Ugandans directly, it is thought that nationals would earn more money through local content opportunities.

All these projects are being undertaken through loans, but the conditions attached to the credit, the supposed absence of capacities among Ugandans to take up key positions on the projects and supply of construction materials by international firms, will reduce local content opportunities for Uganda.

SBC hired 100 acres of land for six years for sh600m from a local landlord – Enock Muhanika – in Nyamasoga village near the project site. The company established a quarry on the land where it crushes rocks into aggregate. The sh600m translates into sh1m for each acre every year in six years.

The landlords rent out an acre to local farmers in the area for sh200, 000 for three months. This translates into sh1.2m in 12 months. But since a big part of his land is rocky and not suitable for agriculture, he could not rent out the whole of it to farmers. But the landlord would have earned more money if he had supplied the construction aggregate to the contractor.

According to the contract documents which SBC submitted to the works and transport ministry, which awarded it the (contract), the company will need over 980,000 tons of aggregate for the airport construction. All the aggregate needed is likely to be generated from Muhanika’s land.

If Muhanika had been allowed to sell each ton of crushed stones to the contractor (with contractor meeting the cost of crushing the rock) for just $1 (about sh3, 700), he would earn over sh3.3b from just 900,000 tons. Then, if a Ugandan contractor had been allowed to break the rock to the required standards and sell each ton of aggregate to SBC for only $5, he would earn over sh16.6b from 900,000 tons.

That would translate to over sh33b if each ton is sold for $10 by the local contractor. The Chinese contractors such as China Communications Construction Company (CCCC) limited, which is building the Hoima-Kakumiro-Kagadi, sells a ton of aggregate to the Ugandan sub-contractors working on its projects for $14. The Ugandan contractors are using the aggregates to build concrete structures on the same oil roads.

In order to appreciate what informed the decision of the main contractors to hire foreign subcontractors, some linked to (contractors), it is important to look at the sources of the loans being used to build the oil facilities.