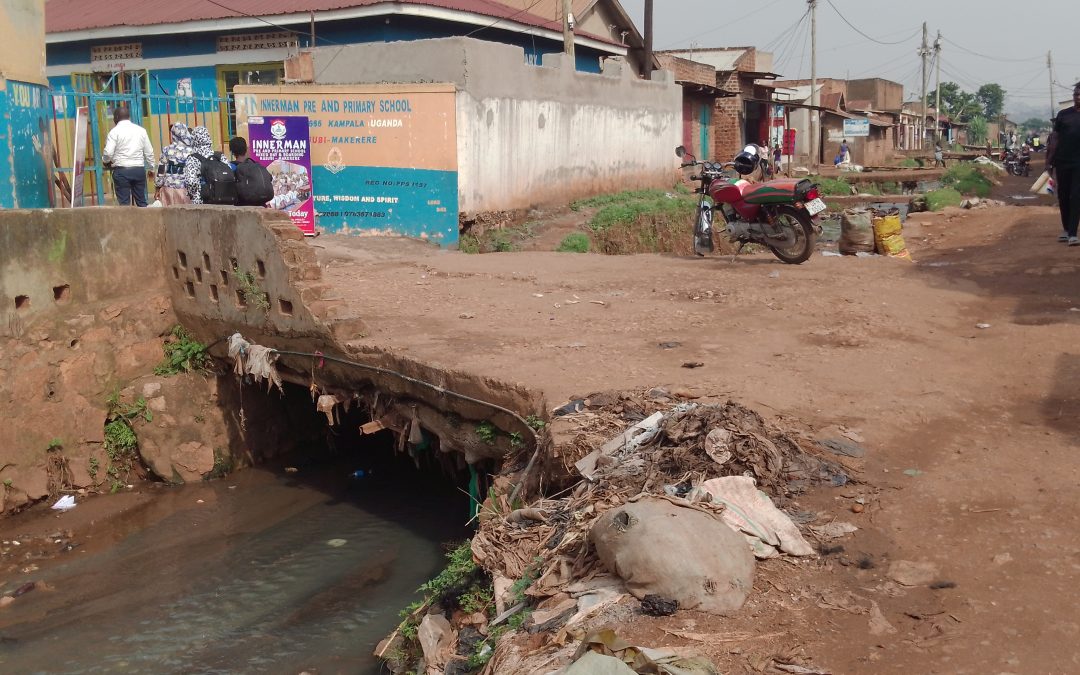 The community hosts a number of institutions including though not limited to; churches ie United Christian Center, schools ie. Innerman Pre and Primary School, Makerere West Valley Primary School and a chain of businesses.

In an exclusive interview with Mr. Natujuka Samuel, the Deputy Head teacher of Innnerman Pre and Primary School, it is revealed that the stream  affects the residents as it blocks the pathways, making the area inaccessible, which directly affects the pupils going  to school and customers from accessing the nearby businesses.

Natujuka adds that the stream carries along with it garbage, polythene bags, human waste which all promote ill health.

Natujuka now raises an alarm over the health risks faced by school children every rainy season because of the poor hygiene and sanitation which results into malaria and water bone diseases like cholera, dysentery and typhoid. Irahari Christopher A resident trader who runs a mobile money business by the sides of the stream, says they suffer extreme losses each time it rains as the stream floods over into the business destroying the other trade items in their kiosks.

According to Mugume Abu, a boda boda rider at Makerere Kikoni stage says that KCCA should help them to construct and clean the stream because it disturbs them mostly when it rains yet they have to work.

One of the KCCA employees charged with cleaning part of  the stream, says the the  greatest challenge is under payment which affects their livelihood.

The employee who preferred anonymity for safety of his job adds the place has no specific sewage management system with residents having shoddy toilets. The  channel flows from Kiwunya zone in Nankulabye through the wetland belt of Makerere Kikoni  on its way to Bwaise swamp .it is also regarded as a life line by pastoralists since it is the only source of water that is within the area that waters the animals ,crops and people even when its dry season .

The area has no designated places for dumping garbage, giving the residents an opportunity to dump in the drainage channel.