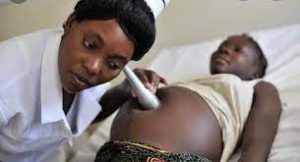 A courtesy photo of a pregnant teenager receiving antenatal services.

Like it is said that; it takes a Nation to raise a child, so is the need to deal with impress of teenage pregnancy, which has increasingly cost Uganda over 650 billion shillings annually in effecting care to the child mothers and their children, besides increasing the maternal mortality rate and infant deaths,  It now requires a concerted effort from both cultural and religious leaders, alongside families in the community to join The National Pregnancy Campaign spearheaded by the First Lady, Vice President and Prime Minister to provide momentum for the approval and implementation of policies, with three core areas including; prevention, social protection for teen mothers and protection of babies of teen mothers.

Statistics from the United Nations Populations Fund (UNFPA) indicate that nearly half (46.1%)Of the births by the teenagers are unintended pregnancies, and 1 in every 4 girls aged between 15-19 years have begun childbearing.

This represents a 20% increase from 2020 (HMIS 2020-2021).   Teenage pregnancies contribute to 20% of the infant deaths and 28% of the maternal deaths. Teenage pregnancy negatively impacts social development at the individual, family and country levels. It is an enduring bottleneck to attaining the Sustainable development Goals. (SDGs) 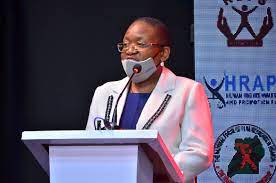 Courtesy photo of Dr. Betty Kyaddondo during a conference

“If no action is taken, teenage pregnancy will continue with 50% of teenagers at risk, and about 64% teen mothers will not complete primary education level. Also, about 60% of teen mothers will end up in peasant agriculture work,” she warned.

She added that annually more than 645bn Shs (184m USD) will be spent on health care for teen mothers and education of their children.

Anne Alan Sizomu, Programme Specialist- Adolescent and Youth SRH at UNFPA noted that ending teenage pregnancy requires multi-sectorial approach where everyone is involved, as this will help to reduce the level of dependency of children born by teenagers.

“Most of the times, the adolescents who are getting pregnant are not income earners, they are children.  When we have many getting pregnant in one year, very few will make it out of subsistence agriculture. Therefore, the cycle of poverty will continue and the chances of children of teenage mothers being able to go to school, with the existence of Universal Primary Education (UPE) may be very minimal,” she added.

“We have around 33 youth corners in different districts aimed at serving young people with quality responsive SRHR services.  So, our model of youth friendly services is to make sure that it’s a One-stop Centre, when a young person walks in whether they have flue or fever, our job is to make sure that we take them on, counsel them and identify any other issue affecting them,” he said. 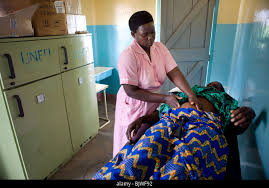 However, the perceived determinants of teenage pregnancies are associated with several cultural practices and religious beliefs that promote early marriage, on top of lack of social skills, lack of knowledge on how to avoid pregnancy, low acceptance/use of contraceptives, neglect by parents, sexual abuse, lack of community responsibility, media influence, peer pressure,