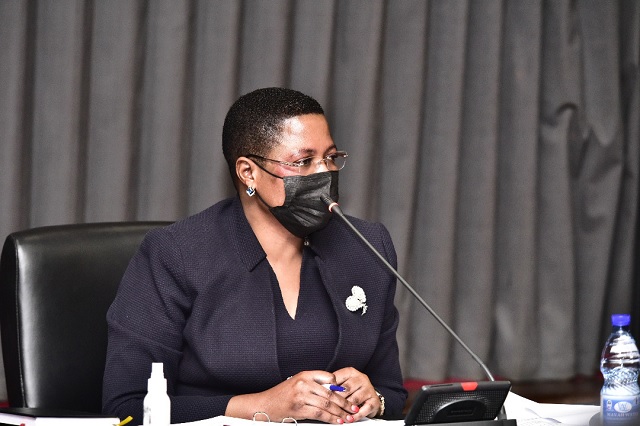 The Speaker of Parliament Anita Among has told legislators that she has received assassination threats from people she didn’t disclose.

She revealed this during plenary on Thursday shortly after the Katikamu South MP, Hassan Kirumira queried the recurring abduction of citizens.

e said that Jakaana was whisked away to an unknown place despite his ill health.

The Shadow Attorney General, Wilfred Niwagaba said that abductions are painful to citizens, noting that the infamous drone cars used to whisk away the victims are back.

Mathias Mpuuga, the Leader of Opposition also revealed that his office received a complaint on Wednesday about the abduction of Teddy Nalubwama, a National Unity Platform-NUP supporter from Nansana Municipality in Wakiso district.

“To date, she is a no show, and the government can’t explain and she was abducted by people in uniform,” said Mpuuga. He wondered whether the government was in charge of the country’s security given that several reports by the Opposition on missing Ugandans have not been acted upon.

Prime Minister Robinah Nabbanja said that government respects the rule of law and that it takes the country’s security seriously. She said that the government is investigating the different cases raised by parliament.

The Speaker of Parliament Anita Among said there is a need for the government to take security matters seriously and investigate the reported abductions as well as assassination threats against her.

“As we have said, the investigations must take place and Honorable Prime Minister, investigate what is happening and start with mine because it is not hearsay, follow up with the Minister of Internal Affairs. It is a reality…yes…up to now my car is still followed,” said the Speaker.

She directed the government to table a report on the different abductions and those incarcerated without appearing before the court within two weeks.

Last year, the media was awash with several reports of missing persons and abductions.

However, the former Minister of Internal Affairs Gen. Jeje Odongo told parliament in February 2021 that the government was only aware of 31 missing persons.

To date, the opposition says that 15 people remain unaccounted for, amidst reports of fresh abductions across the country.