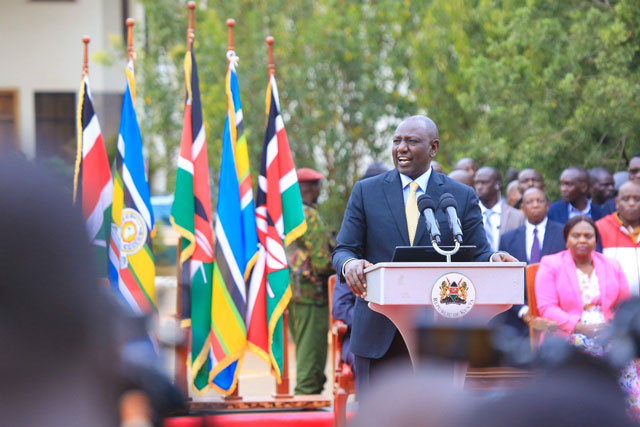 Kenya’s incoming President William Ruto said Monday his administration will prioritize economic turnaround, peace, reconciliation, and cohesion once he is sworn into office next week.

Ruto in a televised address to the nation soon after the Supreme Court declared he was validly elected as Kenya’s fifth president, pledged to transform the economy, ensure growth was shared evenly, and unite the country after a fractious campaign season.

“The journey for transforming this country’s economy and open opportunities for everyone regardless of ethnic origin, creed, gender, and political persuasion has begun,” Ruto remarked in Nairobi, the Kenyan capital.

Ruto, who turns 56 years old on December 21, 2022, was declared the winner of the presidential election by the Independent Electoral and Boundaries Commission (IEBC) chairman on Aug. 15, after garnering 7.17 million or 50.49 percent of 14.1 million votes cast during the Aug. 9 polls.

Odinga and a host of civil society activists later filed a petition at the Supreme Court to overturn Ruto’s victory but the seven bench judges of the apex court in their ruling on Monday dismissed the consolidated petitions, citing a lack of tangible evidence.

By upholding Ruto as validly elected fifth Kenyan President, the apex court paved way for his swearing-in after one week as stipulated in the country’s constitution.

Ruto who made history by becoming Kenyan President in his first attempt vowed to reach out to political competitors to build a united, prosperous, and democratic country.

“Now that the lengthy protracted electoral cycle has come to an end, I will extend a hand of friendship to my worthy competitors to build a society of hope, opportunity, and progress,” said Ruto.

He pledged to build on the legacy of his predecessor, the outgoing President Uhuru Kenyatta besides ensuring that other national leaders are accorded respect and protection in their retirement.

In addition, Ruto said his administration will respect the rule of law, nurture political pluralism, and ensure independent institutions are adequately funded and shielded from meddling by the executive arm of government.

He said that during his hundred days in office, he will implement an ambitious framework to tackle youth unemployment and ease inflationary pressures on households.

Ruto takes over the reins of power at a time when Kenyans are reeling from an economic downturn linked to a prolonged drought, pandemic-related disruptions, and the Ukraine crisis. ■