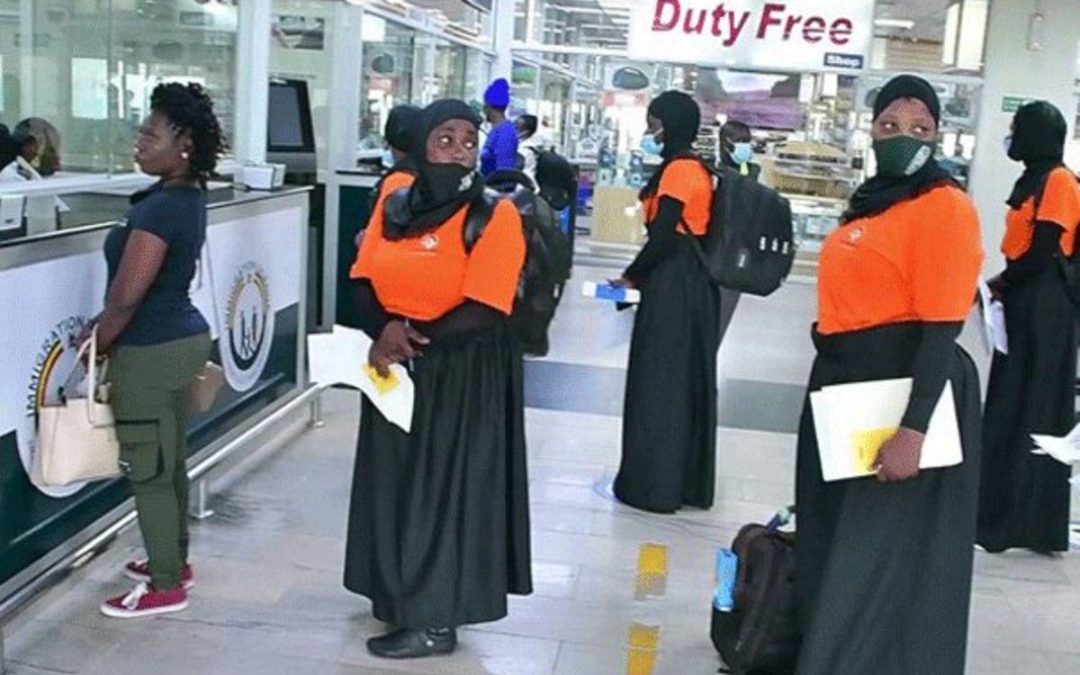 Six of the seven member states of the East African Community (EAC) have been dragged to the East African Court of Justice in Arusha, Tanzania, on accusations of failing to protect their citizens from human trafficking and slave trade.

Documents of the August 22 suit accuse the governments of Uganda, Kenya, Tanzania, Rwanda, Burundi, and South Sudan of exposing their citizens to servitude and torture by allowing the externalisation of labour. DR Congo is not part of the suit since it was admitted to the community recently.

The petitioners, Oosen Africa Uganda and the Uganda Christian Lawyers Fraternity, are seeking an order that will declare labour externalisation unacceptable as it amounts to “modern-day slave trade contrary to accepted international standards”.

“The applicants plead for the prayers and orders against the respondents… an order that the East African governments stop licensing the labour agents, who are perpetrators of modern-day slave trade, torture and sexual enslavement of East African girls and women contrary to the East African Community Treaty on rights, rule of law, good governance and upholding dignity of the person,” the petition reads in part.

Mr Martin Wandera, the director of labour, employment and occupational safety and health at the Ministry of Gender, Labour, and Social Development, told Daily Monitor yesterday that he was not aware of the suit.

“I am not aware. We have not been served yet,” he said.

“The issue of slave trade involving young women and girls has suddenly cropped up in the East African region with young people, girls/ women being taken to work as housemaids, slaves or sex workers in the Arab world and parts of Asia,” the suit documents read in part.

The petitioners further accuse the governments of failure to protect and respect the rights of their citizens.

“The failure, neglect and/or refusal of the aforementioned governments to prevent the abuse of their citizen’s human rights by third parties enables trafficking through registering or failure to supervise both registered and unregistered labour companies,” the suit document states.

According to the petitioners, girls are trafficked or bought from poor parents in Karamoja and Teso sub-regions before being sold into slavery in Kampala, Nairobi, and the Middle East.

“The governments of the East African Community have failed to hold the Arab world responsible for slavery as citizens continue to fall victims to the extent that some have even died because of this harsh treatment and deliberate acts of murder, torture and inhumane treatment,” the petitioners stated.

Mr Wandera, however, said matters around maltreatment of Ugandans have been discussed at a very high level, but declined to give details.

“We have had several joint technical meetings and these matters have been brought up, but matters involving relations between countries are not discussed in the press. All governments are very committed to address [them],” he said.

The petitioners are seeking court declarations to the effect that the actions of “licensed or authorised labour agents and unlicensed agents are in violation of international treaties in respect of labour and immigration” and violate the principles of good governance and the rule of law.

They are also asking for orders to the six governments and those of the Middle East and Gulf states, which they accuse of being responsible for what they described as re-introduction and encouraging modern day slavery and slave trade to pay reparations for injuries caused.

Also sought are orders that the Middle East and Gulf States be held responsible for sexual slavery of girls and women from the region; that the six governments compensate all known victims of the actions of slave trade and slavery, torture and inhuman treatment and costs of the suit.

The petition comes shortly after the release by the United States State Department Trafficking in Persons Report for July 2022, which restates earlier revelations on how traffickers have been using fake job promises to lure Ugandans out of Uganda where they are exploited.