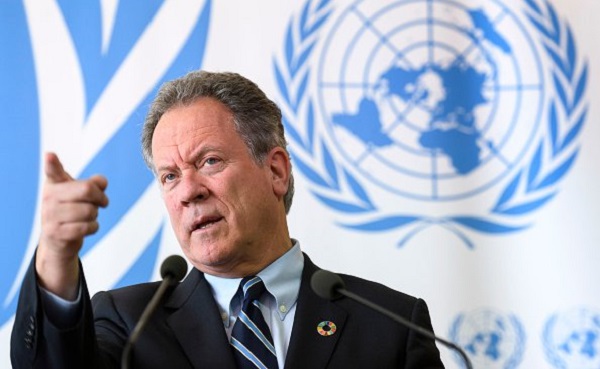 Addis Ababa, Ethiopia | Xinhua | The United Nations World Food Program (WFP) on Thursday demanded the return of over half a million liters of fuel seized by armed men in Ethiopia’s northern Tigray region.

In a press statement, Executive Director of the WFP David Beasley said a group of armed men on Wednesday entered WFP’s compound in Mekelle, capital of the Tigray region, and forcibly seized 12 tankers filled with over half a million liters of fuel.

Beasley said without fuel aid supplies, it will be impossible for WFP to distribute food, fertilizer, medicines and other emergency supplies across Tigray.

“The lack of fuel also prevents us from powering generators and vehicles, so that WFP and humanitarian partners can meet the needs of vulnerable populations of Tigray, where an estimated 5.2 million people face severe hunger,” the WFP chief said in the statement.

The reported seizure of WFP’s fuel aid supplies came a few hours after reports emerged of the resumption of hostilities between the Ethiopian federal government-allied forces and TPLF allied troops after a five-month lull in fighting.

The Ethiopian government has accused TPLF of resuming fighting.

The TPLF, on the other hand, accused the federal government of starting the attack on its forces.

Humanitarian aid flow only resumed recently to the Tigray region after the federal government and rebel forces agreed to a conditional cessation of hostilities.

Ethiopia, Africa’s second most populous nation, has seen a devastating conflict between government-allied troops and forces loyal to the TPLF since November 2020, which has left millions in urgent need of humanitarian assistance.