Speaker Among pilgrimage to Rome 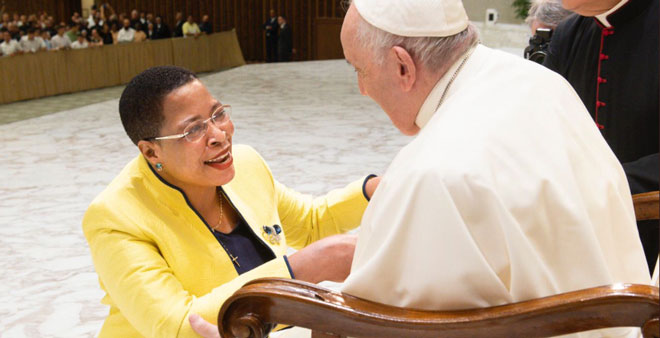 Uganda’s Speaker Anita Among has concluded her pilgrimage to Rome by meeting Pope Francis after he concluded the general audience.

Pope Francis, who visited Uganda in 2015, had pleasant words about the country as he received and talked to Among for a few minutes.

Among said she was in Rome on the on the invitation of the Holy See. After the meeting, she posted this prayer on twitter: “Be anxious for nothing, but in everything by prayer and supplication, with thanksgiving, let your requests be made known to God – Philemon 4:6”

Several Ugandan leaders have been welcomed to Rome in the past decade, and a record three Popes have visited Uganda since 1969.

Uganda was the only African country visited by Pope Paul VI during his 15-year reign at the Vatican. He came to Uganda in 1969. Next came Pope John Paul II in February 1993.