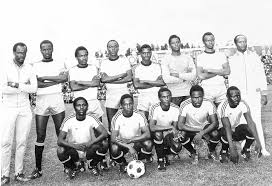 Uganda Cranes former star and football captain for the national team Jimmy Kirunda has passed on. The 70-year old reportedly collapsed while walking in Bwaise, on the outskirts of Kampala this afternoon and was pronounced dead moments later.

Kirunda was part of the side that reached the final of the 1978 Nations Cup, one of his prominent contributions to the national team. They won the 1976 and 1977 the Council for East and Central Africa Football Associations (Cecafa) cup. 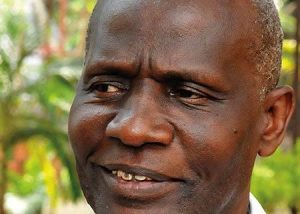 He spent more than 14 years at the national team as a player. In that period, much of the time he was the captain. He was the manager of the national team between 1989 and 1996. Kirunda played as a defender for Express FC, KCCA FC, SC Villa, and Abu Dhabi sports. Goal.com, a sports website, describes Kirunda as “a genius class of the act.”

In 2014, Kirunda told Confederation of African Football (CAF) online that his experience in the 1978 African Cup finals “is what has kept me a true legend for all these years and believe it can happen soon.”

He added that “We were a great team and played good football, when you want to be a champion you have to win big games. This has been a problem for Ugandan football if the boys can win the big games then it can be well. It was teamwork and aggressiveness that we overcame the likes of Egypt and Morocco of those days and we did it on merit.”

He is known for the composure in possession of the ball and also aggressive enough to dispose of the opponent.