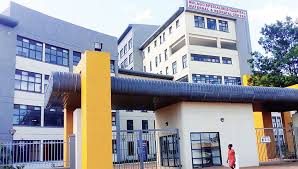 Ugandans will only make contributions to a health insurance scheme if they are guaranteed of getting quality service, according to a new survey done by Save for Health, an entity that coordinates the informal Community Health Insurance Schemes across the country.

Fredrick Makaire, the Executive Director of Save for Health said that their findings offer a lesson that there should be quality in both public and private facilities before the introduction of the much anticipated National Health Insurance Scheme (NHIS) which is pending a debate in parliament.

Makaire says that the annual survey was embarked as a check for effectiveness after realizing that many people would enrol for community health insurance but then drop out along the way.

At least 150 of the 371 respondents involved in the survey were not enrolled on community health insurance but were seeking care from the private healthcare providers who are signed to also offer insurance The research team found that people are turned off and drop out of schemes because of simple things like the kind of reception, cleanliness of the facility and the ability to report bad service.

The results showed that 88.6 per cent of the people enrolled on community health insurance were satisfied with the kind of care they receive from the facilities. These were picked randomly from the districts of Luweero, Nakasongola, Mityana, Masaka, Bushenyi, Sheema, Nakaseke and Mitooma.

Overall, while 88.4 per cent of the patients were satisfied with timeliness and helpfulness of service providers in the provision of health care and information as the majority acknowledged waiting for less than 15 minutes before being served. However, 71 per cent of the respondents were not satisfied with the cost of services at the various facilities complaining that they were too high when compared to their income.

The respondents who were a mix of insurance cardholders and non- insured participants were asked to rate the services ranging from simple reception services such as availability of waiting areas and orderly movement of patients with guidance of staff to whether they always got medicines that are prescribed, availability of equipment, access to patient information systems and the ability to interact with trained staff.